I'm attending a convention this week for my job so I delegated lunch box duty to my husband. He wasn't very enthusiastic about taking photos of his lunch box creations so I thought I'd share a recipe instead. Both my husband and my son absolutely LOVE almonds...especially flavored almonds. The store bought flavored almonds are loaded with a long list of ingredients (most of which I couldn't pronounce if I tried) and many contain trans fat as they are made with hydrogenated or partially hydrogenated vegetable oil. I've been experimenting with several recipes and found a this one that I made a few changes in order to make it a bit healthier. The end results were yummy!


Preheat oven to 275 degrees. Line baking sheet with parchment paper. Mix the erythriol, cocoa powder and cinnamon until combined. In a separate bowl, whisk egg white and vanilla until frothy. Add nuts to the egg mixture until nuts are covered, add cocoa mixture and combine well. Spread almonds on baking sheet into one layer. Roast in oven for 40-45 minutes stirring every 10-15 minutes. Cool on baking sheet stirring occasionally until completely cooled. Store in an airtight container 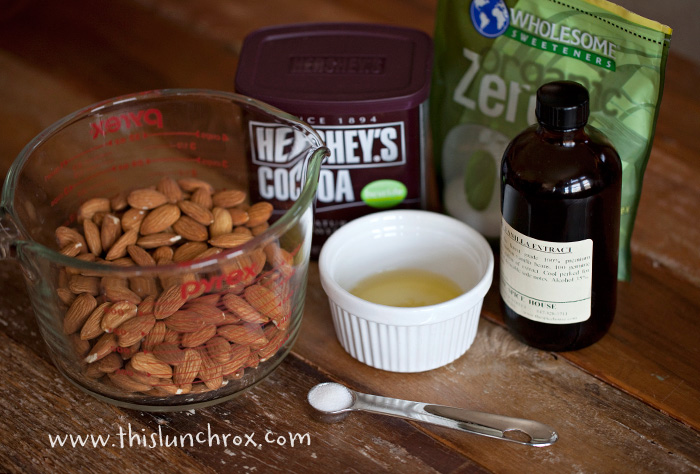 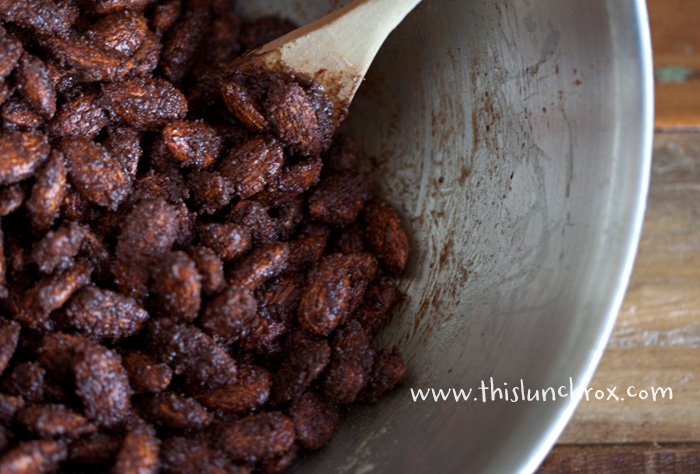 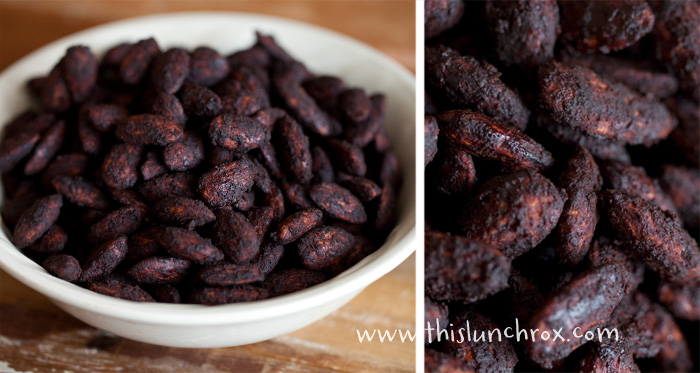