Ever since my son and I ran in our first fun run together last year he has been begging to run in an "official" race. Last year at the fun run we received number bibs, the gun went off at the start line, the whole works... so I thought that little fun run WAS an "official" race. I asked my son what he meant by "official" and he replied that he wanted the announcer to say his name when he crossed the finish line. In his little mind hearing his name would make it a REAL race. So, this past Saturday my son and I ran his first OFFICIAL race together in Eau Claire where my husband was running a 1/2 marathon. We thought this race would be ideal because it takes place in a beautiful park on a relatively easy course.

What we didn't take into account was the weather. One would think by May 1st we'd be enjoying some spring-like temperatures...maybe a little cool, but tolerable. Let me just tell you, when we pulled up to the race site it was not only cold, but it was SNOWING and the wind was almost unbearable. My poor little guy had been looking forward to this event for weeks but he was shivering so hard at the start of the race I didn't think there was any way he could possibly finish. We set off and got about 3/4 of a mile down the road and my son stopped running and gave me a look of complete desperation. Both of us were beyond cold and the thought of running the rest of the race in the wind and snow seemed impossible. I asked my son if he wanted to try to finish and he said yes so off we went...slowly but surely. We stopped every once in a while so I could shield him from the wind just to warm up his face and ears but lo and behold we made it to the end. As we approached the last leg of the race he looked at me and asked if he could sprint to the end. I knew exactly what his motivation was at that point. All he wanted to hear was the announcer call his name as he crossed that finish line. Despite the freezing cold and snow, my determined little boy took off like a bullet and sprinted all the way to the end. Watching him cross the finish line and seeing the look on his face as the announcer called his name was priceless. I really despise cold weather but I would do it again in a heartbeat for my boy. 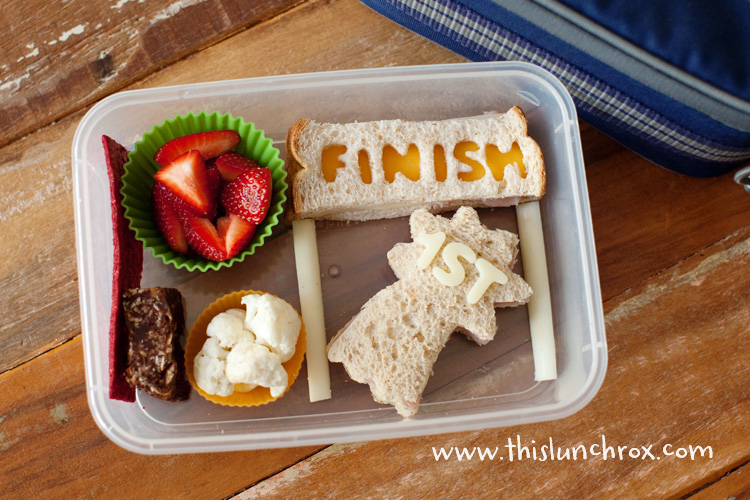