Today's quick-and-easy lunch is brought to you by my 7 year old! He was so excited about this lunch because it features his "ham roll-up"...something he feels confident he invented. You see, often times I'll serve a few pieces of lunch meat & string cheese to the kids as an after school snack. One day I turned around and saw my youngest son rolling his lunch meat around his string cheese and eating it like a roll-up. When I told him that was a great idea he asked if he could make it for his lunch box some day. So, this morning my little guy came down and made his ham roll-ups and then pulled the rest of the items he wanted included in his lunch. I helped him assemble everything in his lunch box and when I asked him if I could take a quick picture for the blog he smiled from ear to ear. He was pretty excited that I was going to share his little lunch featuring his ham roll-up invention with all of my readers. 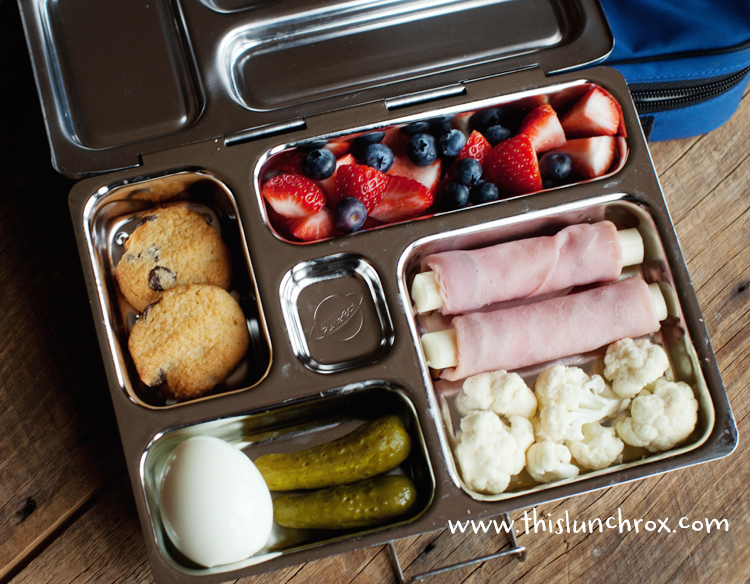