As you may have noticed, my blog posts have been few and far between over the past several months. It's been quite a year for us as we adjusted to being a family of 5 with the addition of Filip. When the school year started I had grand intentions and lots of fun ideas for things to share here on This Lunch Rox. Then life happened. Reality hit. Both boys now had homework, we went from having to follow one hockey schedule to three, and I had to figure out how to feed three growing boys.

For the first few months I felt like I was treading water. I'd go to work, come home and cook, cook, cook, assist with homework, run one of the boys to the rink, cook, pick up said boy from the rink, and cook some more. (Did I mention how much three growing-hockey-playing boys can eat?!) It's been a great experience and I honestly wouldn't trade it for anything, but it did mean that I had to put things like writing blog posts on the back burner.

Combine that with the fact that we had one of the longest, coldest winters in Wisconsin's history and you can probably see why we decided a family vacation was in order. My husband and I have always placed a pretty high priority on traveling with the kids. There's something to be said about stepping out of your everyday routine and seeing something new together as a family. We love watching the boys explore their surroundings and make connections with things they've read or heard about in school. Plus, traveling is something we've found definitely strengthens our bond as a family.

Earlier this year we worked together on creating a family bucket list of all the places we wanted to try to visit before the boys go off to college. We prioritized the list and agreed that we were all willing to make sacrifices if it meant that we could travel to as many destinations as possible. This year we knew we wanted to go somewhere WARM. We referred to our bucket list and found The Alamo in San Antonio, TX near the top of our list.

Our boys first learned about The Alamo when they were younger and were both fascinated with the story of Davy Crockett. They watched every episode of the old b/w TV series along with the Disney movies. Our oldest son, who shares my love of history, has read every book I've been able to find about The Alamo and we wanted to make it a point to get him there before he lost interest. (You can see some of his favorite books about the Alamo HERE.) So, this past weekend we packed our bags and headed to the Lone Star State!

As soon as we arrived in San Antonio we walked down to the Alamo. Seeing my son's eyes light up when he saw it for the first time was pretty magical. He was in awe and I could see his wheels spinning as he connected all the things he'd read about the Battle of the Alamo with what he saw in front of him. I've come to realize that moments like this make it worth the effort it takes to travel with kids. 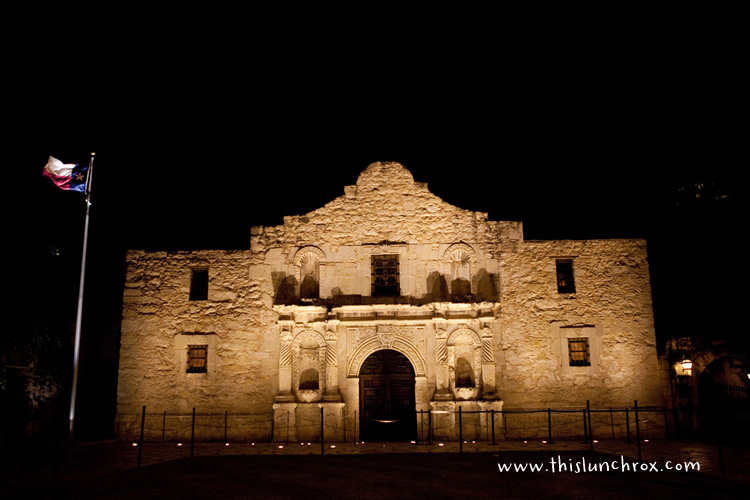 The next morning we took our time touring The Alamo and then strolled down the River Walk and ate some great local fare. 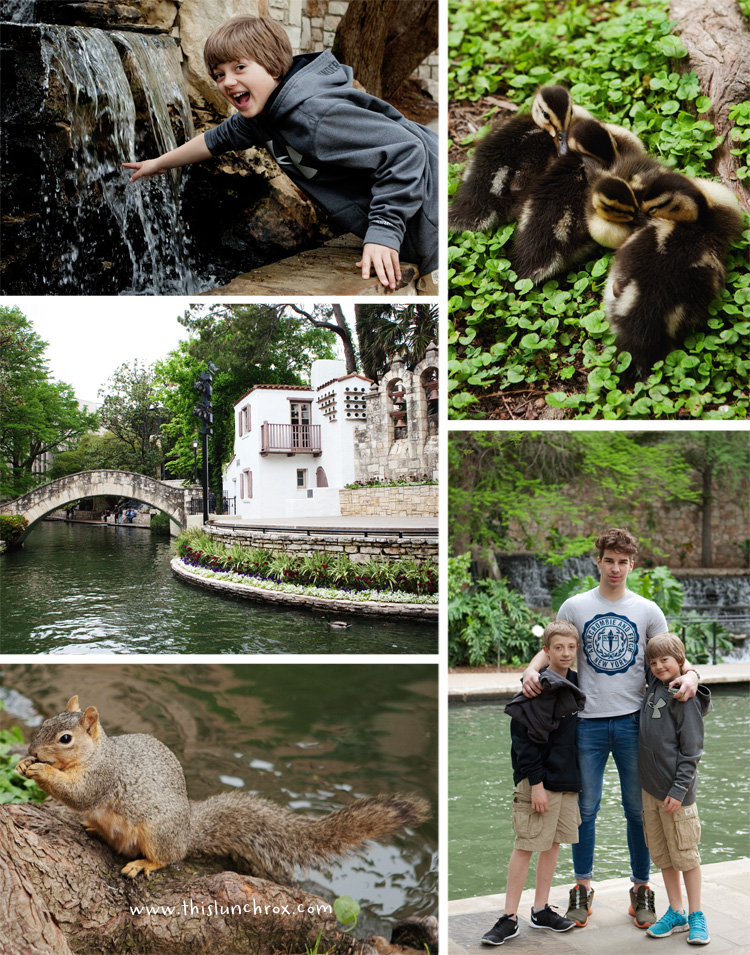 I'm finding that anytime we travel we're always a little surprised at what the boys list as highlights. This time the "table musicians" earned a spot on the list. They got a kick out having someone sing to them while they ate! 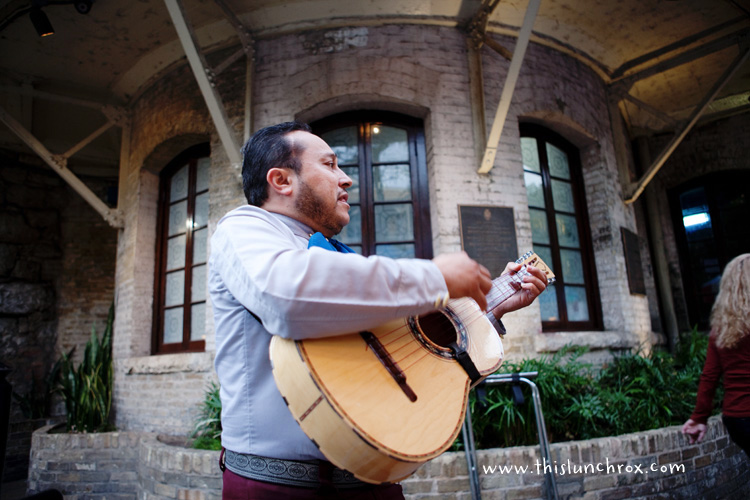 They also loved the boat tour of the River Walk! 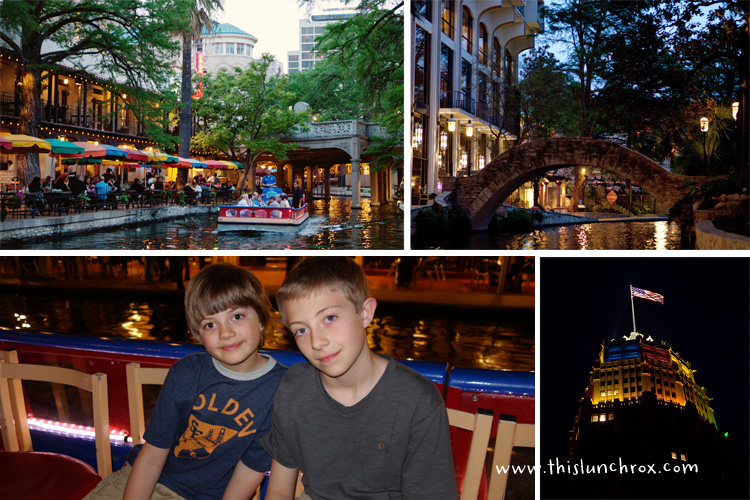 Then, because we had such a long, cold, miserable winter we decided to spend a few days soaking up some sun at a resort just north of San Antonio. The JW Marriott Hill Country exceeded every expectationand no, they aren't paying me to say that! It was a great place for us to spend time unwinding and just being together as a family. 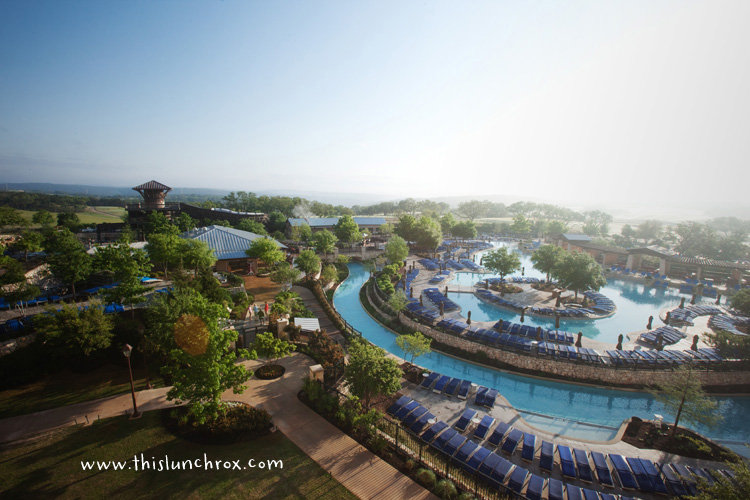 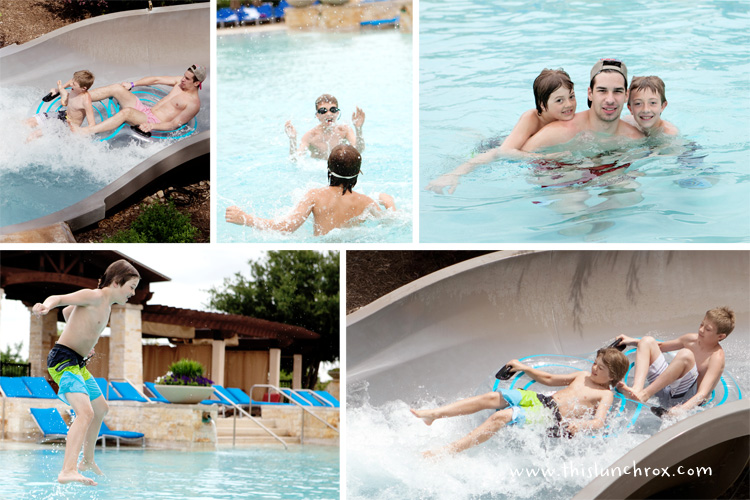 We spent some time hiking around the property which was breathtaking and oh, so peaceful. 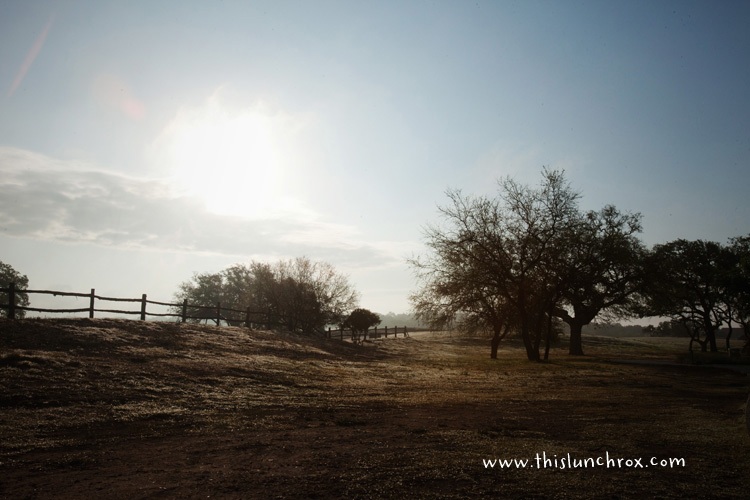 It was a great trip and I was thrilled to have a chance to reconnect with my family. After the chaos of the past few months it felt like a much needed break for all of us. 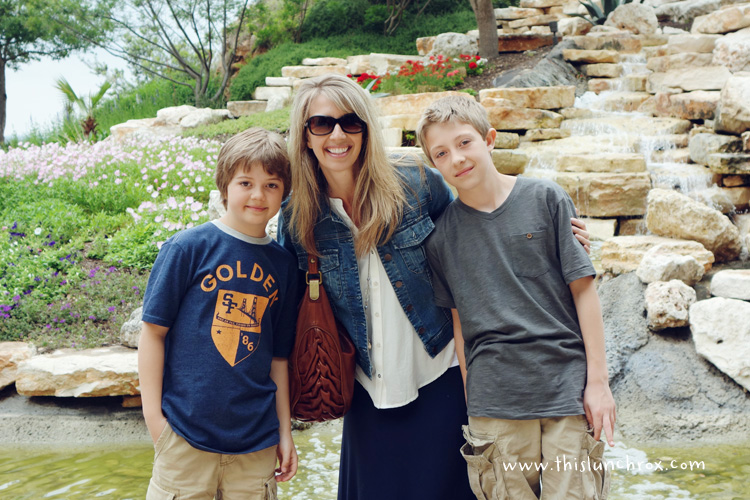 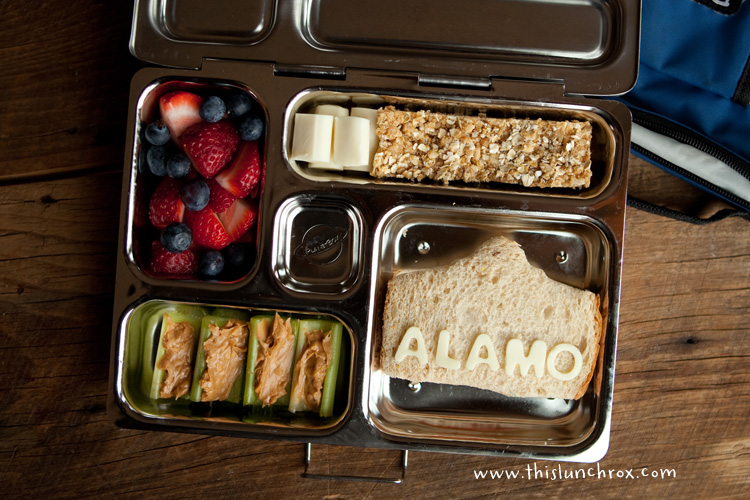